Written by Catherine Harris from Stuff NZ, in partnership with Deloitte.

It seems strange when starting a business to think about the day you’ll leave it, but many experts believe it’s vitally important.

Company founders are encouraged to set their sails from the outset: either as a start-up that someone else will finish, or a business that may one day be passed on to their children.

Yet having an exit plan was far from the mind for Ryan Baker when he co-founded a tourism booking service called BookIt in the early 2000s.

His only thoughts on the subject were that tech founders were good at starting things “but not doing them forever”.

“There’s something in your DNA that likes to start something and build them up but you’re probably not the best people to take it to the next few stages, and that’s where we got to with BookIt.”

Baker started BookIt with his friend Andrew Schofield and Dunedin animation entrepreneur Ian Taylor. Seven years later, they sold it to TradeMe, forming the basis of its TravelBug business.

It almost didn’t happen. “We almost weren’t acquired because nobody knew we existed,” Baker says.

“But overall our view has always been that businesses are bought, not sold, so the best thing you can do is build a really good business, make it something that people can’t really ignore. A good acquisition is when somebody wants to buy your company, not when you want to sell it.”

Schofield and Baker’s next venture was Timely, a bookings service for the hair and beauty industry with a staff of 80.

The buyout bought them time to think, but Baker believes the real value of acquisitions for serial entrepreneurs lies in the underrated negotiating skills they take away.

“Most of the really interesting businesses we have in the New Zealand scene tend to be people who are on their third, fourth or fifth time trying to do that. For me the exit/acquisitions story is around what you can learn from it and take into the next experience.”

Dan Hellyer, a partner of Deloitte Private, says 20 years ago there were no real precedents for how a company in the technology sector should develop, but today there’s much more support.

“There’s incubators, a whole lot of systems and processes, there’s mentors who’ve built, scaled, sold. There’s always a question of whether our market holds us back a little bit and … I guess offshore companies have been looking at New Zealand as a great place to start an incubator business that can be scaled worldwide.”

Meanwhile, traditional businesses, “which are incredibly important to our economy” are increasingly lacking successors within the family or management.

“Often the young people in the business don’t want it, don’t see as something they’re striving for.”

Yet Hellyer says there’s no shortage of clients. “There’s a great pool of capital out there … but it’s about fit, and a lot of things are traded behind closed doors and you would never know.”

This mismatch is why Hellyer believes New Zealand businesses has to think more deeply about their fate. “It’s vitally important, especially when you think of little New Zealand which is built on small-medium enterprises.” 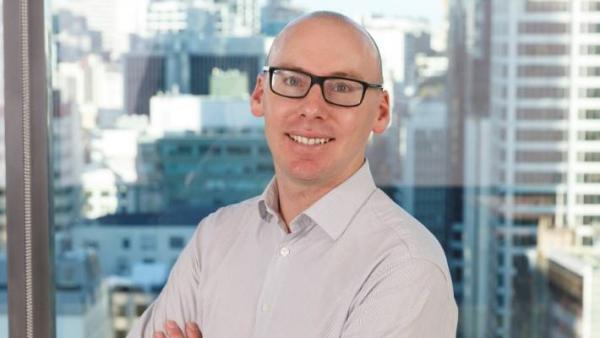 Conventional wisdom is that there are three types of business owners: the passionate founder, the serial entrepreneur, and the lifestyle founder who wants to create an income and freedom.

The passionate business owner may neglect to get out when they should to maximise the company’s value. If it’s a family business, there may be some reluctance to sell.

But for some businesses in a mature market, Hellyer says the owner might be financially better off by staying put.

“Maybe the best option is to milk it as long as they can.”

Conversely “if the owner has checked out, and poses a risk to the business in terms of attention and drive to continue it, then you’ve obviously got to act a lot quicker, because that can have a flow-on effect to sale”.

Generally the best time to sell is when things are going well. It doesn’t hurt to look around for good suitors and think about the impact on the organisation.

And Hellyer advises businesses to keep their books in order, for speedy due diligence.

“The thing that we always talk to our clients about is, we should design and control this, not have someone turn up at the door with a chequebook.”

Greg Shanahan, managing director of the Technology Investment Network, says there are always companies that have to sell before their innovation gets old or market share dwindles.

However, he believes there’s a wider debate about whether more Kiwis should hold onto their good ideas and take them to the world.

“I think the change that needs to happen within New Zealand is to give more thought as a country to how we want to encourage a longer-term approach and potentially a multi-generation approach to growth of business.

“So that we can have more companies like, say, Datacom or Fisher & Paykel Healthcare.”

Click here to read the article on Stuff NZ.